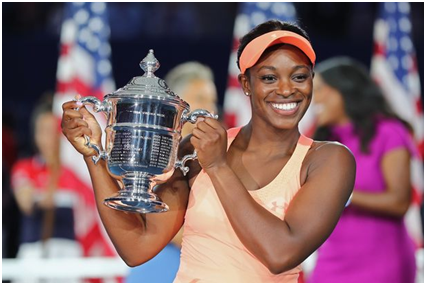 Why is Sloane Stephens Unseeded?

With this, Stephens has become the first American woman to win the title except Williams sisters to in the last15 years. This is the second time in the history of the US Open that both the finalists were playing for the first time in a grand slam final. It was also the first US Open final since 2002 where all the finalists were American.

She is the third woman to win US Open and is ranked outside 10. She has now become the darling of tennis lovers and the media. She was so excited and happy to win the U.S. Open and said that there were no words to describe how she got there.

Stephens was sidelined for 11 months as she had a foot injury and went through surgery in January. She just made her comeback at Wimbledon 2017 only. She made it to US Open Series this summer ranked 957th. She had reached the semi-finals in Toronto and Cincinnati in North American events.

Stephens and Keys share cordial relations and they were best friends during the WTA tour. Stephens said they are supportive of each other and added that they both could have won.

Stephen, who is 24 years old, is unseeded and ranked 83rd now. She has made a giant leap in the world ranking 900 spots ahead in just a month’s period. With this win, she is likely to move to 17th rank.

Stephens started playing tennis at the age of 9. She is heading from an athletic family; her mother is a former collegiate swimming champion at Boston University and her late father is an NFL player. She got a breakthrough in 2013 by defeating Serena Williams to make it to the Australian Open semi-final. She won the first singles title in 2015 in Washington. Read more articles on rozyjos.