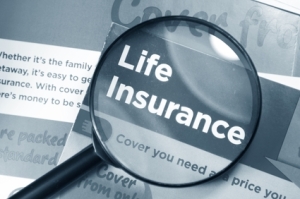 Missing Beneficiary Indemnity Insurance: Many times, people forget to tell their beneficiaries about their life insurance policy. The life insurance policy or any other policies follow the rule, “You will get only if you ask for it”. If money is not claimed by heirs, it could be seized by the state government.

Sometimes, the beneficiary did not know that he is the beneficiary and at this time, the unclaimed fund vanished into the public offer. According to American Bankers Association (ABA), unpaid life insurance is about $1 million with them.

Valerie Jundt has the same experience many years ago. Her brother was given life insurance by his employer and his brother wrote his sister, Jundt’s name as a beneficiary. Accidentally, her brother died in a motorcycle accident after a few years. Later she remembered about policy.

But she never got the money to which she was entitled because she claimed it too late. So claim benefit at right time and know about such kind of policies from family members, father, mother, sister or brother.

MetLife, Prudential Financial, and John Hancock (segment of Manulife Financial) are giant companies in the insurance sector, that have started to seek out beneficiaries. This task was led by the insurance commissioner of Florida after a separate movement.

Unclaimed and unpaid policy amount’s issues create more pressure in the time of recession. The unclaimed life insurance policies are easy pickings. Insurance companies have to make sure that the people get their claimed money. The insurance company holds more money and earns interest on it when claims are not called. Agents try to make beneficiaries take their money.

Insurance companies like MetLife used the Social Security death database to cut off payments to deceased annuity owners. But it made no effort to find the heirs of their deceased policyholders. But practically, insurance companies want to hand over the unpaid money to their recipients.

They have to pay interest on hold money up to 1% to 3% annually. For companies, it is easier to pay off the money in the right hands than to pay interest. Read more articles on rozyjos.