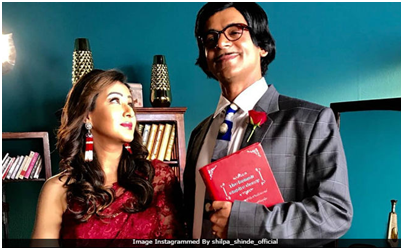 Sunil Grover and Shilpa Shinde New Comedy Show: Comedian Sunil Grover is all set to start his new web show with co-star Shilpa Shinde. The new show titled Dan Dana Dan is a comedy series where comedy is smartly incorporated with cricket. It is the first ever comedy web show. 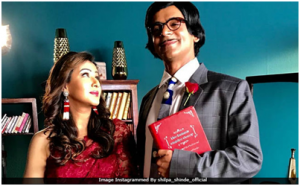 The Dan Dana Dan show is to be aired during Indian Premier Leagues, IPL 2018 season matches on the Jio TV app. On every show, some cricketer will have the appearance and join in for a fun conversation.

Along with Sunil Grover and Shilpa Shinde, Ali Asgar, Suyyash Rai and Sugandha Mishra are also part of the show. They all will have a fun-filled discussion about the matches, IPL trends in India, and other things related to the game.

With a talented star cast, cricketers joining for fun conversation, and the appearance of cricketers, the makers of the show are much hopeful about the great success of the show. Sunil Grover was an earlier co-star on Kapil Sharma’s comedy show and has proved his mantle as a comedian and his talent has much been appreciated.

He had played the characters of Gutthi and Dr. Mashahoor Gulati on the show. Shilpa Shinde was a winner of Big Boss 11. Recently Shilpa Shinde shared some pictures of the show on social media.

According to the media reports, Sunil Grover had been to Chennai to shoot with the Chennai Super Kings for the pilot episode of the show. For a special segment of the show, the team also had a shot with Mahendra Singh Dhoni and Harbhajan Singh.

The Dan Dana Dan show will be webcast on Fridays to Sundays during the IPL season which commences on April 7 and continues till May 27. According to the reports, the show will be an out-and-out comedy show and cricket will be beautifully intertwined with humor. So, get ready to tickle your funny bones this weekend! Read more articles on rozyjos.