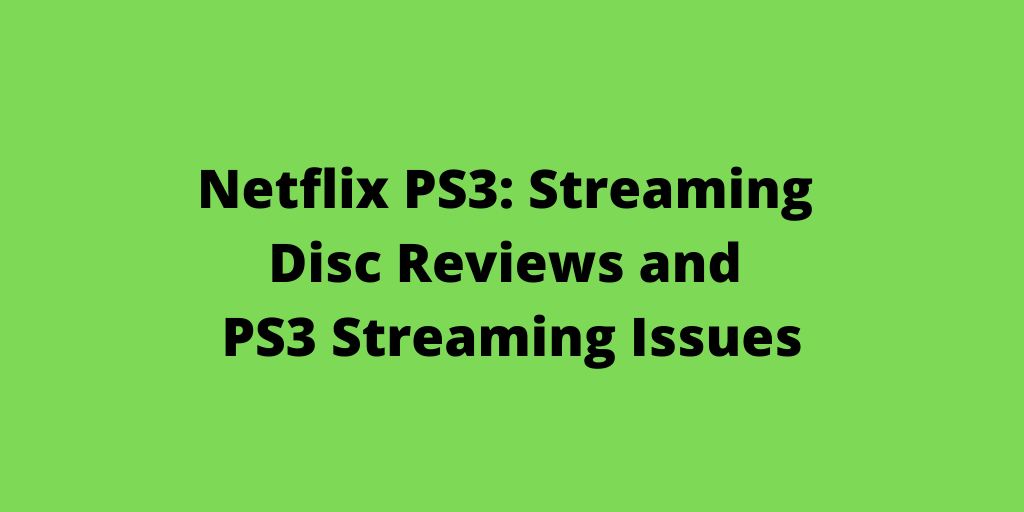 Netflix is very famous for its online movie rental service. One can find thousands of movies and other TV programs on Netflix. They keep on updating their site with new movies and with new TV programs so that users don’t lose their interest from Netflix.

At present, it has almost 17000 movies with more than 11 million subscribers. They also keep on launching new application and technology so that it becomes easy for one to watch online movies through the PS3 menu.

On 9th November 2009, it has launched Netflix Streaming Disc for PS3. This application specially designed for the PS3 owners and PS3 users. This service doesn’t include any extra cost and it is very easy for one to get the same as Netflix mail their subscriber the free disc which helps them to watch the movies on the PS3.

The disc is designed in such a way that it uses Blu-ray BD-live function which helps in streaming movies on play station 3.

Once you received the disc you can easily avail the benefit of streaming numbers of films and TV episode on your PS3 as it can work on any existing PS3 with HD supports.

• This application is very much famous as by today almost 100,000 discs has been sent and other numbers of  request are pending as the order for the disc are keep on coming

• On the Play station Network, one can easily access to the different game, movie TV and other media content completely free.

• The play station 3 is designed in such a way that it is 33% slimmer and 36% lighter and it can join the Xbox 360, TiVo DVRs and other some BD players and the PC

• One can have the benefit of HD but it has Max 720p resolution with stereo sound.

If you have any questions about Netflix PS3 Streaming Disc, Visit at www.netflix.com/ps3