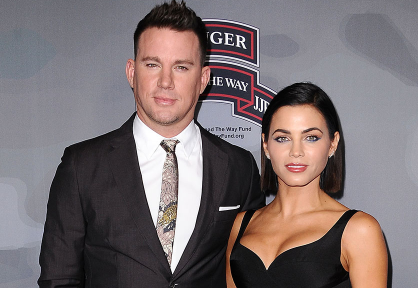 Jenna Dewan and Channing, the Hollywood couple announced their split on 2nd April through a joint statement. They were married for eight years and have 4 years old daughter named Everly.

Lots of speculations and rumors started flying about on media about the cause of Channing Tatum and Jenna Dewan’s split up. Some speculations are about Tatum drinking too much, others about him flirting and several stories were being fabricated in the media.

In the announcement made by them, they said, “We fell deeply in love so many years ago and have had a magical journey together. Absolutely nothing has changed about how much we love one another, but love is a beautiful adventure that is taking us on different paths for now.”

They have also told their fans that they would remain best friends and that they want to give some space to each other and want to live the most joyous and fulfilled life.

They further said, “We are still a family and will always be loving dedicated parents to Everly.” Channing Tatum and Jenna Dewan have pleaded with their fans to respect their privacy. And they don’t want to comment beyond this. Read more articles on rozyjos.