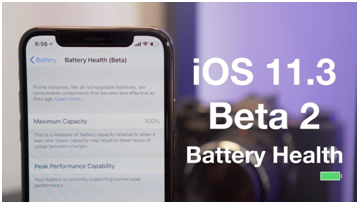 Earlier Apple had confirmed that it had slowed down aging iPhones to help preserve battery life. No with this new tool, users will be offered a choice whether to want to speed up the performance or leave it to default slow performance. 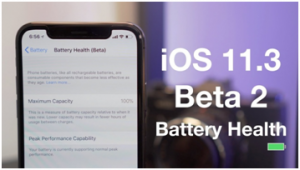 Currently, a beta version of the battery tool has been included in the new operating system just released. The Battery Health tool tells how well your battery is functioning and whether on your device the speed-slowing power management feature is activated or not. If the feature is turned on, you can turn it off if you want.

However, it will automatically be turned off if a battery health issue arises. When you update your iOS, the feature is off. It can be automatically turned on if an unexpected shutdown occurs.

The Battery Health tool is available on iPhone models iPhone SE, iPhone 6, and later. In order to use this tool,

Performance Management: It also displays whether performance management is enabled or disabled. To disable it, you turn Disable button on.

If the tool indicates that if the power source of your aging battery is diminished, you can restore some functions of it with Apple’s Battery Fix, which is available for $29. Apple made the battery fix available last year.

One of the important factors in the performance of a smartphone is its battery. iPhones are equipped with lithium-ion batteries and Apple employs advanced technology for its battery to deliver better performance and functionality.

The lithium-ion battery charges faster and has a longer life. However, various parameters affect its performance and batteries do have a limited life span. Its performance degrades over time and may need replacement too. Read more articles on rozyjos.