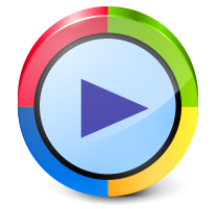 Best Alternative to Windows Media Player: Many people tend to use windows media player other than the preloaded media player on their PC. There are various types of media players available nowadays to play audio and video as well such as VLC media player, UM player, KM player, Winamp, Aimersoft player, SP player, etc.

VLC Media Player is one of the best choices as alternative to Windows Media Player. It is portable and cross-platform as it can run for any operating system such as Linux, Widows, and Mac. Almost all kinds of audio, as well as videos, are supported by VLC. It’s very simple for operating and it doesn’t require downloading a codec.

It provides a very easy and convenient way to start up. It can also integrate with web channel streaming services. It can also preview a file that is still in process of downloading. This is not possible with other kinds of media players.

Winamp is the second most appropriate option as an alternative to Windows Media Player. It is running through Windows operating systems and also via android devices. You can play the most audio formats such as MP3, MOD, MPEG-1, M4A, FLAC, MIDI, and WMA. Remember that you are first required to install the codec to watch videos. You can also change the player by using skins.

KM Player is also one of the best alternative options for Windows Media Player which supports a large range of formats. It changes the color with every new track played. It’s having the ability to add plug-ins, select skins, and change playback options.

If you want basic media player features then RealPlayer is one of the best options alternate with Windows Media Player. It’s having features such as play media files, audio enhancements, visualizations, and skin creators. It also supports the most common media formats and also can install plug-ins for playing other formats.

GOM Player is one of the best frequently media players as an alternative to Windows Media Player. It supports multiple file formats. It’s having the most important features including its user friendly control panel as users make it as a default player to play audios and videos.

You can change its brightness, contrast and also other video settings. One of the most advanced features of GOM player is that viewer can zooming in besides and one can also take the snapshots during the video streaming.

Audacity is the app that is freeware. It allows you not only listening music but also allows you to edit audio files just like professionals. You can also add effects to the track you want and cut the segment of the tracks which is unwanted as well as join & align tracks.

The most important feature of the Media Monkey app is that it provides you an excellent music library management tools. When for the first time you are going to launch this app it is going for searching all the available media files and also adds them to the collection as well. If you want to arrange your music files you can surely do so.

If you are planning to choose the best alternative options as regarding Windows Media Player you just have to read whole the article and decide which is the best option of media player for you. Read more articles on rozyjos.